Fluidities: L’humain qui vient, is a group exhibition curated by Benjamin Weil and Pascale Pronnier at Le Fresnoy “Studio national des arts contemporains” between the 2nd of February 2020 and 29th of April 2020.

The exhibition aims to show the systems of representation that refer to the state of the world today or prefigure that of tomorrow – or the way in which artists help us to understand the challenges we face as we look to the future of humanity. Borragan’s daguerrolito EXP installation was presented alongside the work of different artists and thinkers.

As the flow and speed of information continues to increase, understanding the future of the globalised world and its crises is an immense challenge. While utopic and dystopic perspectives have predominated, perhaps we need entirely new paradigms in reimagining the human. Beyond purely scientific and factual speculations, envisioning the future depends on fantasies and humanity’s multiple relationships with technology, economies and political interests.

Perhaps due to the fusion of cultural references, human consciousness is also evolving. The notion of authority has become more widespread, and each of us can freely associate cultural or gender-based references to shape and reshape our own identity at will. Furthermore, humanity is increasingly interested in exploring communication between species, which includes all life forms. The notion of life as we know it so far is being called into question when we think about the very slow evolution of organisms seen as inert. Could we be witnessing a resurgence of animism as a concept, rather than as a belief system, or a way of understanding the universe?

Daguerrolito EXP is a modular installation formed by traces of the collective action carried out in Zagreb in 2017. During this collective action, 12 photosensitive silver grains were ingested and exposed inside the body of their ingestor in the duration of their digestion. The installation was composed by the silver grains and a 3 channel sound work created in collaboration with Andres Silva. 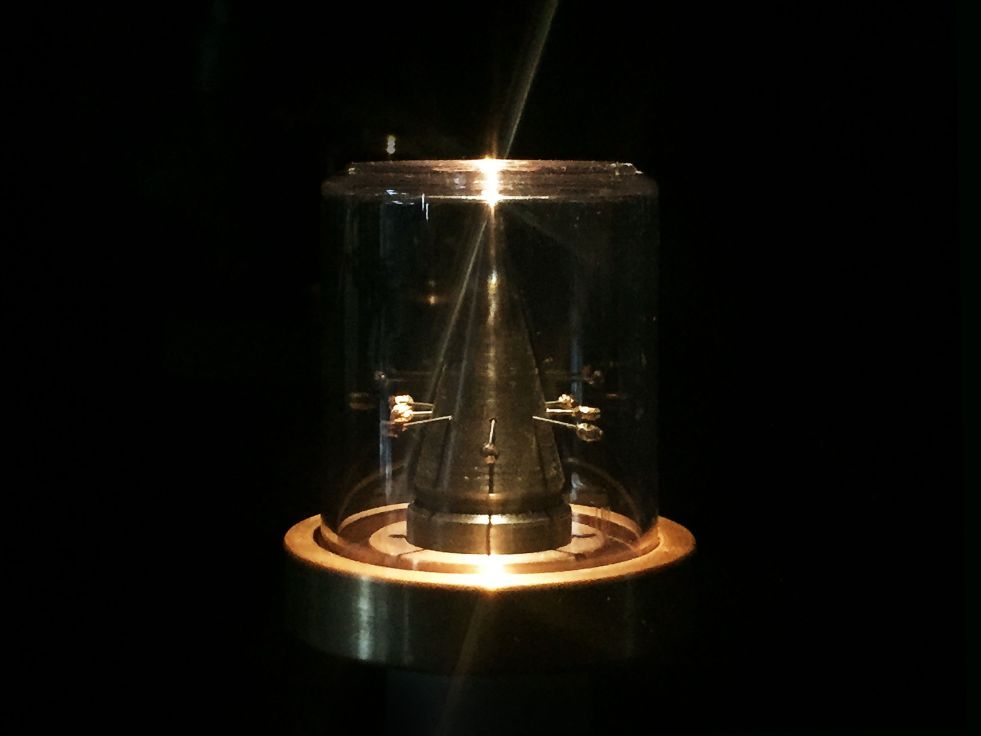